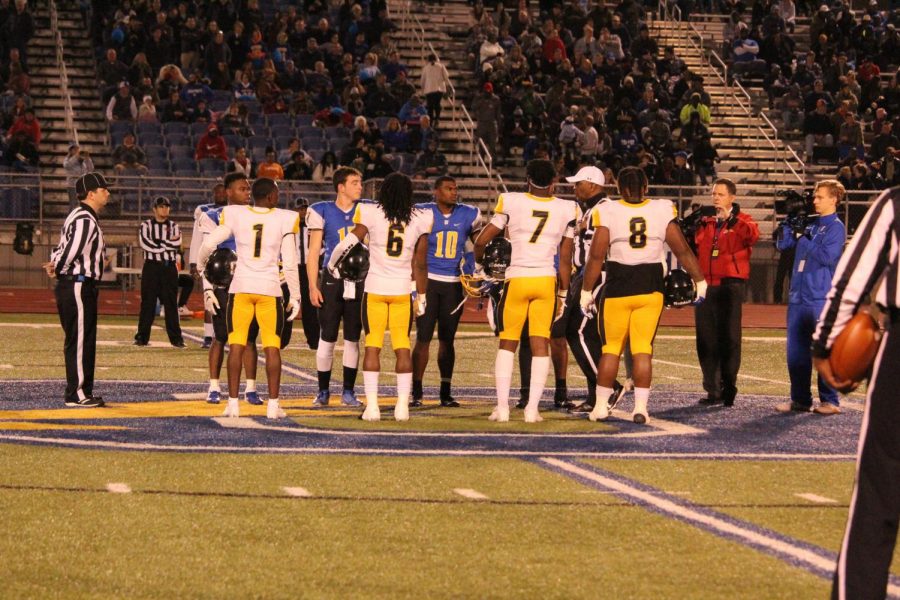 November 29, 2019, the Starkville Yellow Jacket football team traveled to face the Oxford Chargers for the North State championship game. The Jackets advanced to North State after defeating Olive Branch 20-3 during the second round of playoffs.

Starkville, looking ready to play, started the game with the kick off to Oxford. The Jackets stopped the Chargers and got the ball back at their 20. Yet, after an unlucky snap flew over quarterback Luke Altmyer’s head, the ball Chargers recovered the ball in the end zone. After the successful 2-point conversion, the Jackets trailed 8-0 in the middle of the first quarter.

Late in the second quarter, Atlmyer completed a pass to Josh Aka for a 27- yard play resulting in a touchdown. A minute later, Tyrese Hopkins added more points to the scoreboard for the Jackets by blocking a punt into the back of the end zone for a safety.

With another touchdown and a huge momentum swing, Starkville closed in on Oxford’s lead going into halftime with a score of 18-16.

The Chargers dominated the second half, leaving the Jackets scoreless. After an interception from Atlmyer and a turnover on downs, the Jackets fell 25-16 to the Chargers.

An impressive season for the Yellow Jackets closed, one win shy of competing for the state championship. Starkville finished with a 12-3 record overall.

“It’s obviously tough to lose in the North Half, especially to a rival,” Atlmyer said, “But I have a lot of respect for them. They played well, and I thought we played well; it just didn’t go our way at times. Nobody expected us to be there and we are proud of how we handled adversity early on and fought to get there.”

Altmyer spoke highly of the senior leadership and said the team goal is to get the prize next year and finish it off. “Adding fuel to the fire,” he said.

“It just didn’t seem real that I will never play another high school football game. People always say to enjoy every minute because it will be over before you know it, and looking back at it, this season flew by. I will always cherish and remember my time playing football for Starkville High.”