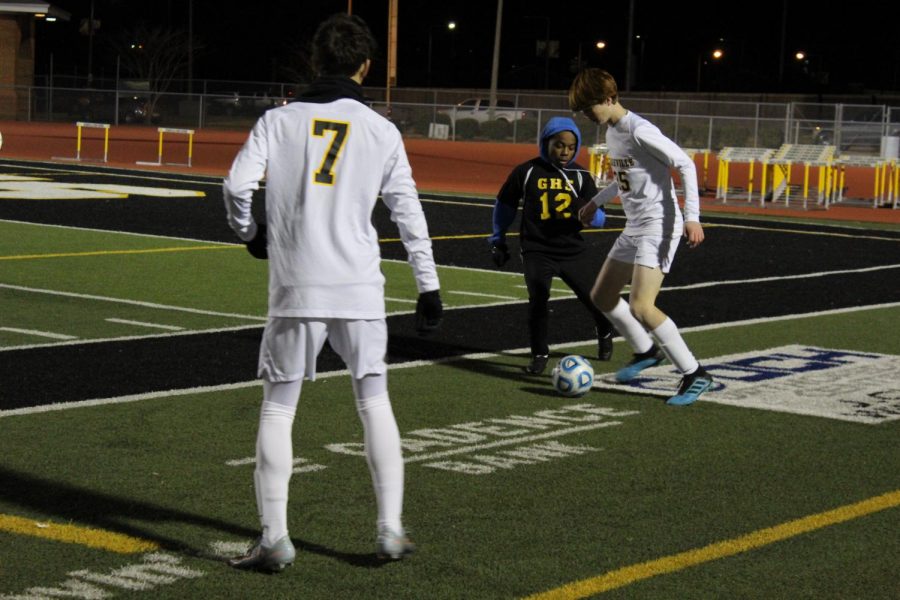 Senior Christian Leach scored one of the four goals. “I’ve made so many memories. It’s still hard to believe that I only have a few more games left,” Leach said.

“I would like to go far in the playoffs considering this is our first year [to make playoffs] since before I was on the team,” said Leach.

The Jackets clinched a playoff run this year with a record of 9-5 following the win over the Hornets. With remarkable stats and being undefeated in district play, the Jackets have a promising future. This future is also bright for the underclassmen on the team. Freshmen scored two of the goals in the win.

Freshman Joshua Eaves contributed a goal in Tuesday’s win. “I really want our team to win the state championship and move on from there. I also want the team to play with their full potential and heart,” Eaves said.

Eaves along with seventeen other freshmen and five sophomore players will find new responsibilities after the senior class graduates. Eaves believes the Jackets are on track for another successful record and hopefully a successful postseason.

“I want the team to learn from one another and to be a family. I want us to always have the right mindset and a winning mentality,” Eaves said.

The seniors effectively led their successors and impacted their play. The Jackets take on district opponent South Panola on the road Friday, January 24, with hopes to extend their record to 10-4.