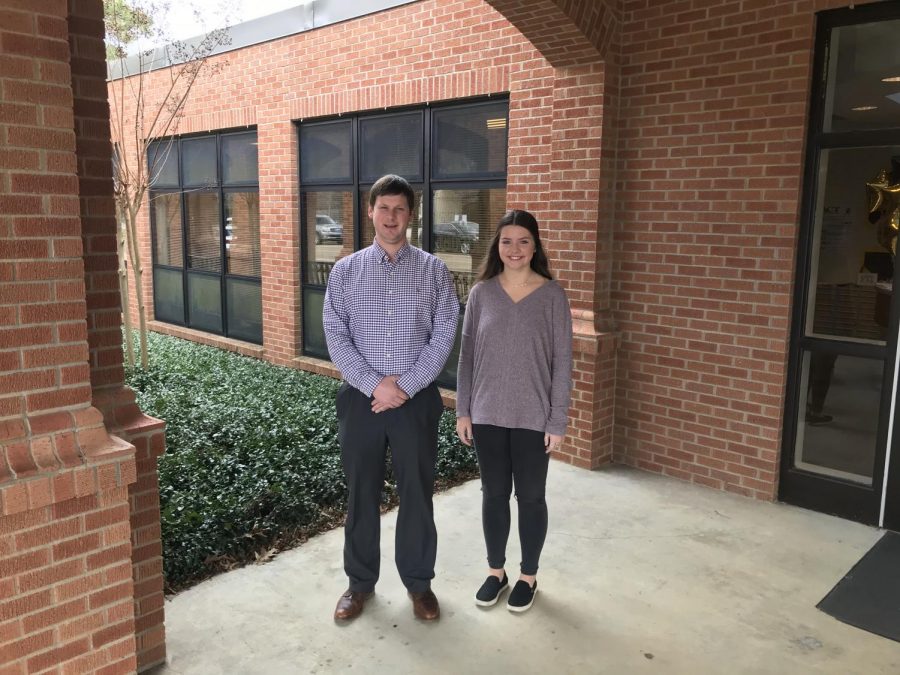 Sacrifice for Freedom: World War Two in the Pacific Student and Teacher Institute chose junior Kate Dickerson and National History Day Advisor Craig Wood of Starkville High School as one of 16 student-teacher pairs nationwide to study World War II in Hawaii. Dickerson and Wood will visit Ford Island, Battleship Row, the USS Bowfin Submarine Museum and the USS Arizona Memorial. They will also get the opportunity to spend a night on the USS Missouri.

“The eulogy project is to understand the sacrifice made by people who gave their lives. To me it is a way to honor those who have served our country. Even though I will only be researching one person, I know that my research, and the 16 other students’ research has the potential to make a huge impact,” Dickerson said.

Dickerson became interested in the program because of her late great grandfather’s role in World War II. James Donovan Gautier Jr. served in the United States Air Force during World War II and was a prisoner of war in the pacific for three and a half years. He was a survivor of the Bataan Death March on the Philippine Islands, and he went on the write a book about what he went through.

“When I told my grandmother, my great grandfather’s daughter, she was ecstatic! Part of my great grandfather’s story was to never forget. He always emphasized remembering your history because it can repeat itself. My grandmother loves that I get to do this program because it is a way for me to live out his legacy and never forget,” Dickerson said.

“National History Day is such a beneficial program for the students of Starkville High School because it teaches them skills they are going to need for college. They must create a project that is essentially on the college level. They have to find primary and secondary sources and develop public speaking skills. The trip to Hawaii will be an amazing learning opportunity for both Kate and me,” Wood said.

The two will travel to Hawaii June 24.