Dress of Hope returns to SHS 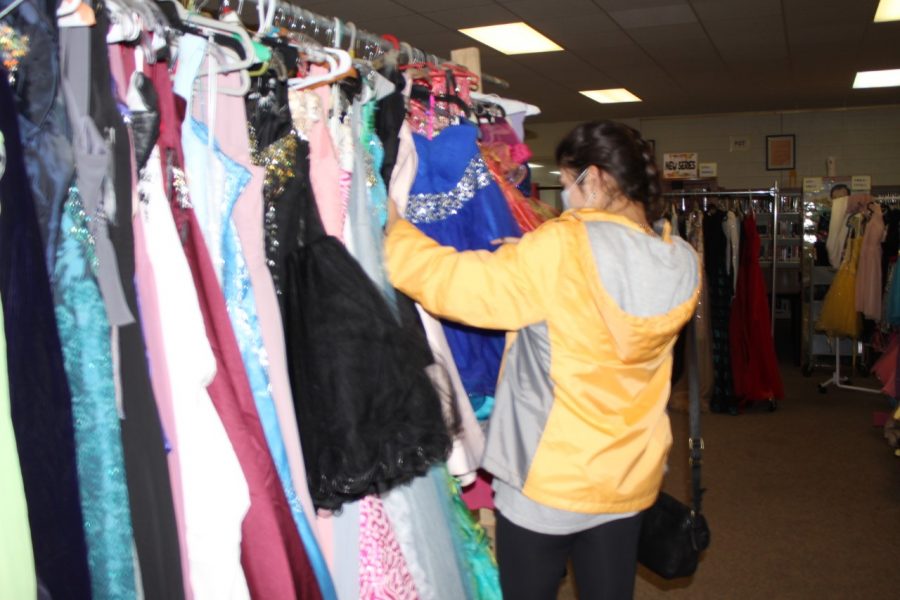 Last year, Dresses of Hope did not make it to Starkville High School for the 2020 prom season because of a worldwide shut down, but the organization has returned for what otherwise would have been their third year.

Sidney Clair Smith is a senior at Mississippi State University and is the current president of Dresses of Hope. She became involved with the organization after seeing the positive influences it made in the lives of her sorority sisters.

“I’m in a sorority at Mississippi State, and after seeing how much my friends and sorority sisters enjoyed it, I decided to get involved in the club. I decided to do [executive council] and eventually became president after some encouragement from the previous president and other members,” Smith said.

Despite covid restrictions Dresses of Hope is doing better than ever. After receiving over 300 donations the program stopped accepting items, but general member Addison Baney encourages girls to hold on to them for upcoming years.

Baney urges others in the community to get involved in the program by donating dresses, money or time.

“There is always something that we can buy like racks, mirrors, and storage and we always appreciate when people help promote the organization,” Baney said.

The Dresses of Hope organization made a few changes with the way they ran their system this year because of new covid protocols.

“Due to new protocols our meetings are now through zoom. Also, when girls come and try on dresses they can no longer come through as large groups. The process we have to go through is a little different, but it’s still a fun opportunity to help a girl find her pretty dress,” Baney said

Smith and Baney encourage girls, who may not have the resources to get a dress, to take advantage of Dresses of Hope.