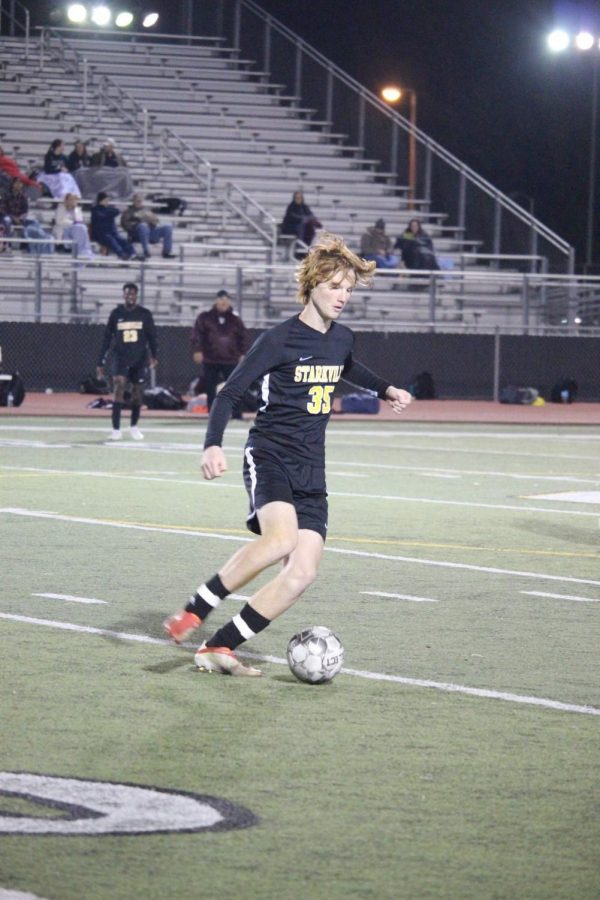 STARKVILLE, Miss., (November 2) – The Jackets opened their season against the Clarkdale Bulldogs. The Jackets pulled off a 2-0 victory.

Staton believes the game went well, but the team has many obstacles to overcome.

“I feel like we have a very good team this year. I know that this was only the first game of the season, but I see a lot of potential and good in this team already,” Staton said.

Staton also believes that the team left too many opportunities open and taking advantage of these opportunities will allow the team to go far in their season.

“Some ways we can improve from this first game is to score. We had too many opportunities to put the ball in the back of the net, but we just couldn’t finish. I feel like if we are able to improve in that, we could go very far this year.”

Senior Griffin Davis is goalkeeper for the Jackets. Davis believes it was a good start to the season, but the team has a long way to improve.

“It was nice to get back out there, but we could have done a few things better,” Davis said.

“I think we could play less direct and possess the ball. In the second half, we started to force things. If we possess the ball, then things will open up. Also, if we could capitalize on shots then we would finish opportunities that we did have, then we should have won by a lot more.”

The Jackets will compete in their second game of the season versus Saltillo Monday, November 8 at Yellow Jacket Stadium at 7 p.m.