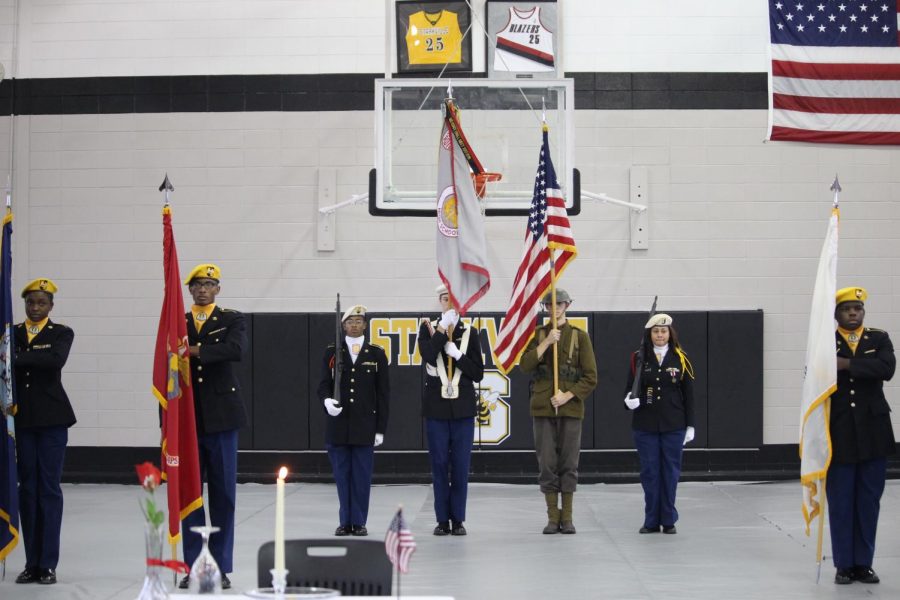 STARKVILLE, Miss., —- JROTC held a Veterans Day Ceremony to commemorate veterans, as well as honor faculty and staff that once served in a branch of the military. As a COVID precaution, the program was changed to an online format so students and teachers could view the program from their classrooms.

The Jacket band performed the military branch songs, followed by the choir’s performance of “America the Beautiful,” “The Star-Spangled Banner” and “Song for the Unsung Hero.” Speaker Roman Luckett delivered a speech on the importance of celebrating Veterans Day.

Senior Tanner Reeves is a member of JRTOC and serves as Cadet Command Seargent Major in the program. He holds the program dear to his heart, and has enjoyed practices leading up to the ceremony that began after homecoming week.

“I hope the program gives students a new found sense of appreciation for our men and women in uniform since there’s a lot of controversy the military faces at the moment and they tend to overlook the people that really do love the country, because they’re the ones who put on the uniform for us,” Reeves said.

SHS faculty and staff who are veterans were honored during the program. CSE teacher Tara Agnew retired from the army with the rank of Staff Seargent. The program means a lot to her, and she feels honored to be a part of it every year.