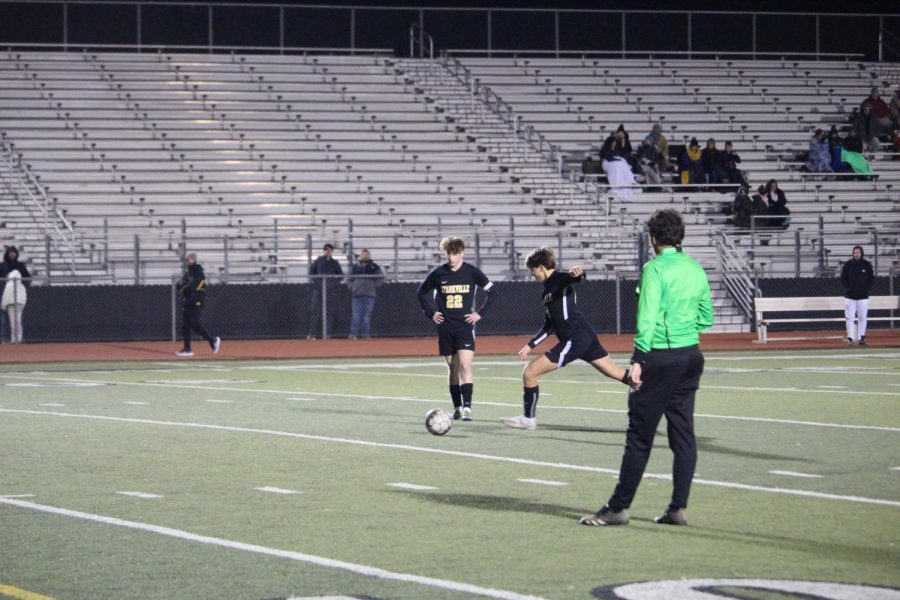 STARKVILLE, Miss.—The Jackets lost their first game of playoffs to the Hernando Tigers.

The Jackets lost to the Tigers during the last two minutes of the game with a final score of 0-1.

Griffin Davis is the goalkeeper for the Jackets. Davis has been playing for the team for six years. Davis believes that they practiced a lot, but their best was not a lot.

“We practiced a lot and went over some film,” Davis said. “I’m sad that was my last game ever.”

During the second half of the game, parents and peers of the team were on their feet cheering for the team. The Tigers scored the first and only goal of the game during the last two minutes of the half, putting an end to the season for the Jackets.

Jackson Powney is a senior striker for the Jackets. Powney has been playing for the Jackets for six years. Powney believes the team underestimated their opponent, and they payed the consequences for it.

“Everyone put their all in at the end of the day, but we just didn’t play like we should have,” Powney said. “[We] ended up losing because of it.”

While the loss to the Tigers put the Jackets out of playoffs, the team is ready to train and improve for next season.